Every normal human being desires health, beauty, life, in all its joy and fullness. The realization of such desires would effectually prevent us from growing old, no matter how the years might be counted. Is it possible for us to actualize here and now what we so ardently long for? If it were not, the longing would not be so strongly implanted in us. If we accept this conclusion we must go a step farther and acknowledge that the conditions we desire are under our own control. Few people realize that their ailments are largely self-induced.

They get into a habit of not feeling well. If they rise in the morning with a slight headache or some other trifling indisposition, instead of trying to think above this condition they take a positive pleasure in expatiating upon their feelings to anyone who will listen. Instead of combating the tendency to illness by filling the lungs with pure, fresh air, they dose themselves with “headache tablets or some other patent prescription warranted to cure whatever ill they think they are suffering from. They begin to pity themselves and try to attract pity and sympathy from others. Unconsciously, by detailing and dwelling upon their symptoms, they reinforce the first simple suggestions of illness by a whole array of thoughts and fears and images of disease, until they are unfitted to do a day’s work in their homes or offices.

It is said that man is a lazy animal. We are all more or less prone to indolence and it is the easiest and most natural thing in the world for young people to do is to accustom themselves to lying down or lounging on a sofa because they think they are tired or not well. Much of the so-called invalidism is simply laziness fostered and indulged from childhood. There is great danger that young girls who are delicate while growing up, and lounge around the house and lie down whenever they feel the least bit out of sorts, will form a habit of invalidism when they reach maturity.

How often do we see such girls “brace up” at once when anything happens which interests or excites them! An invitation to a reception or a ball, or any other pleasant social function, acts like a tonic. For the time being an instantaneous cure is effected. They are as well as anybody until after the entertainment. Indulgent mothers are frequently to blame for this physical and mental laziness for it is nothing more on the part of their daughters. A lounge or sofa is a positive curse in many a house, because it is such a temptation to lie down and succumb to trifling suggestions of illness or the least indisposition. A habit of giving in whenever you “don’t feel like it is fatal to all achievement and ruinous to self-discipline, self -poise, and nobility and dignity of bearing.

When someone asked a noted opera singer if she was ever sick and unable to fill her engagements, she replied: “No, we singers cannot afford to be sick. We must fill our engagements; we are not rich enough to give up.” Actors and actresses, as well as singers, are compelled by the necessities of their profession to set aside personal feelings and keep faith with the public, no matter whether they are well or not. They simply cannot spare themselves even when they are really sick, not to speak of giving way to moods or fancied ailments. What would become of their reputations, their careers, if they should fail to appear in public every time they “don’t feel like it”?

What is the result of this compulsion upon actors and singers to conquer moods and feelings? Is it not well known that, in spite of the exacting nature of their duties, the late hours they are obliged to keep, the constant wear on the mental and physical faculties, if they take proper care of their health, they retain youth and vitality to a far more advanced age than men and women in other callings? Clint Eastwood, Robert Redford, Chuck Norris, William Shatner and many others of the past and present might be cited as examples. The body is like an easy-going horse that will become lazy and jog along in an indolent, slouching gait if not kept up to “standards” and style’s by its coachman. If the mind, the driver of the body, lets the reins hang loose and allows the body to follow its inclinations, standards will soon be lowered.

No one feels up to concert pitch all the time, and it is necessary to train one’s self to keep at his task whether he likes it or not. What if the business man who is compelled to work all day, and who has neither time nor opportunity to coddle himself whether he feels well or not, should become the slave of whims and fancies? Supposing he should say to himself, I am liable to be ill this summer so I am going to prepare for the worst. I shall have a couch put into my office so that I can lie down when I feel seedy, and I lay in a stock of medicine so as to be ready for any emergency. A common-sense business man would consider it a disgrace to even think of such a thing.

He knows perfectly well that if he were to act in that way his business would soon “go to the dogs.” He knows, also, from experience that it is not necessary to give up every time he “don’t feel like it.” Suppose that a general should find his soldiers lounging about the camp, lying under the trees and taking it easy, and many of them not feeling like drilling and should decide to wait until they should all feel like it. What kind of an army would he have? What kind of discipline? The men must fall into line and commence the drill on the appointed minute whether they feel like it or not; if they are positively sick, they must go to the hospital; but they must either be in the hospital, sick enough to be under a doctor’s care, or they must drill. The world is a camp. We are all soldiers under the command of a Supreme General who expects us to be on drill every day unless we are actually disabled.

This site uses Akismet to reduce spam. Learn how your comment data is processed. 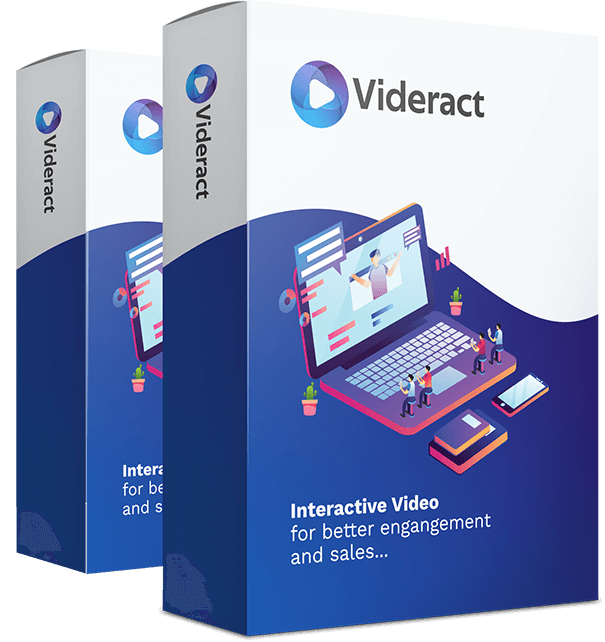 Add an opt-in directly in your videos. This is an incredible lead generation opportunity that local businesses, marketers, e-commerce stores, affiliate marketers who do reviews etc. need to take advantage of. When a user is watching a video, the video will be paused at the moment you choose, and the opt-in will appear. Once the opt-in is either filled in or closed down, the user can continue watching the video. Oh… and the coolest thing about video opt-ins is that you can add it to any of your existing videos. You don’t have to record a ton of new videos just to add an opt-in form. Drive urgency with countdown timer in your next interactive video. Create a sense of curiosity and excitement among the viewers of your video and boost sales and click-through-rates. This makes it clear to your viewers that if they don’t act fast, they might miss out on all you have to offer—and no one likes feeling left out. 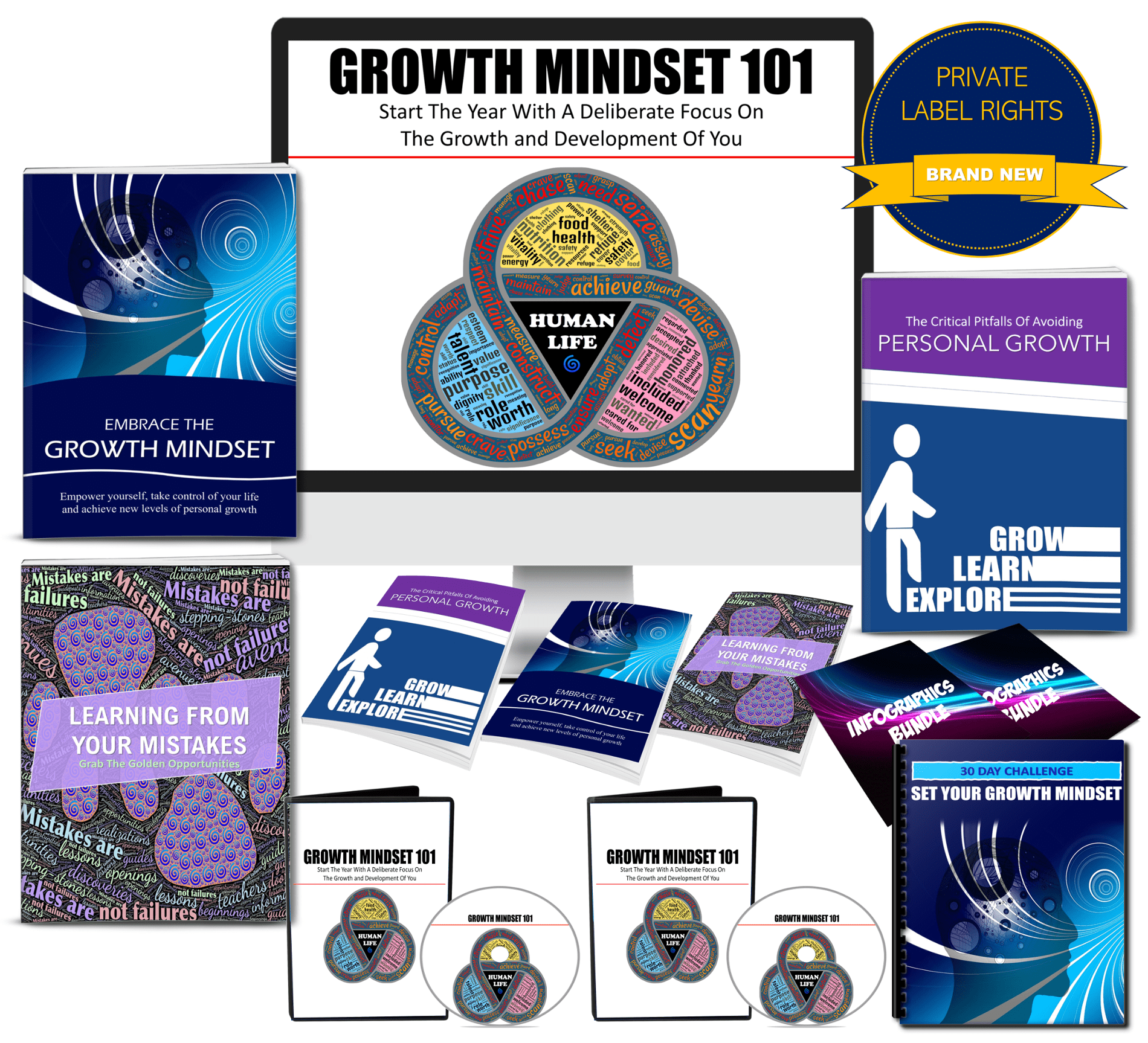 GROWTH MINDSET 101 Start The Year With A Deliberate Focus On The Growth And Development Of You You now have the opportunity to deliver key information that thousands of people need with the highest quality content in various media that you can be proud to share with your audience All the research and hard work has been done for you to reach this massive audience! including a ton of DIVERSE CONTENT and many EDITABLE SOURCE FILES SO YOU CAN USE IT IN UNLIMITED WAYS